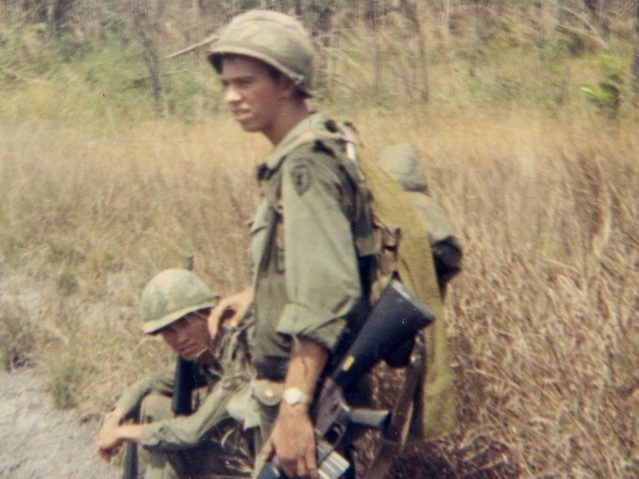 Enlisting in the Army at the height of the Vietnam War, Jack Ross was at constant risk throughout his tour of duty as a point man tasked with scouting out enemy positions.

The oldest of three boys, John “Jack” Rosucci was born in Chicago and lived in his maternal grandparents’ building near LaPorte and Armitage avenues until the family moved to River Grove when he was 5 years old. Ross’ father, John, and mother, Rita Nitti, were born in Chicago, and their parents emigrated from Bari and Sicily. 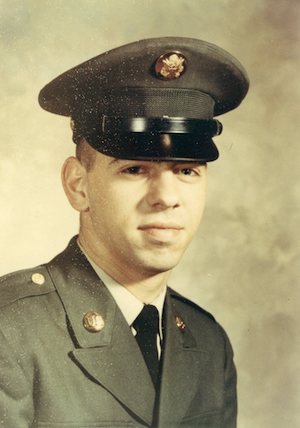 Ross’ parents shortened their name from Rosucci when he was in third grade at St. Cyprian Grade School. Ross explains that in the 1950s, many Italians were changing their names because of the “witch hunt.” His dad’s uncle, Gaetano Rosucci, a successful business owner, had changed his name to Guy Ross.

The large close-knit family gathered with Ross’s maternal grandparents on Christmas Eve and his dad’s family on Christmas Day. As a child, he never liked eating baccalà, eel, clams and other fish that were staples on Christmas Eve. “When I came home from Vietnam, I ate everything, loved everything, drank wine with my grandfather, it was wonderful, just wonderful to be back in that tradition,” Ross says.

After graduating from St Cyprian’s and Holy Cross High School, Ross attended classes at Northeastern University. The draft lottery was going strong, and it was a very tumultuous time, with the school divided between those for and against the Vietnam War. “I grew up with John Wayne and all that American patriotism, and always I think deep down really wanted to experience war, which I think now you’d have to be crazy, but that’s the way we grew up when you were born in 1949,” says Ross. 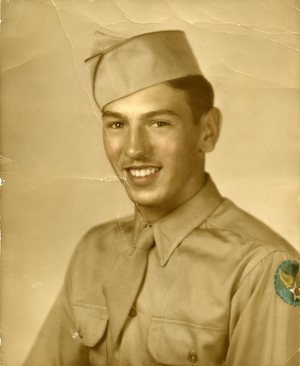 He volunteered for the Army in February 1969. “It was scary,” Ross says, “but something I had to do.” After taking his physical, he flew to Fort Polk, Louisiana, for basic training and advanced infantry training where he also attended leadership school to become a squad leader. Upon completion, Ross received orders for Vietnam and arrived there in July during the rainy season.

After two weeks of orientation, Ross was assigned to the 25th Infantry Division and was stationed near Tay Ninh. He was the assistant squad leader and soon began “walking point.” The point man walked ahead of the troops and worked closely with former Viet Cong soldiers known as Kit Carson Scouts. Ross advanced from point man for his platoon to point man for the battalion for company size operations.

He went on hundreds of missions, sometimes several in a day. “They’d fly us in and we’d cover a certain area, then pick us up and fly us to another area and we’d walk,” Ross says. When on “search and destroy” missions, Ross marched through the jungle looking for the enemy. When found, location information was communicated to the commanding officer and the gunships came in for an air strike. On “ambush patrol,” the soldiers found a secure place to hide during daylight and wait for night. They took turns sleeping and Ross remembers during the rainy season waking up with leeches all over his body, burning them off with cigarettes.

On one mission, Ross and his platoon were walking through the jungle for an hour or two when they suddenly heard “Thunk! Thunk!” … mortars! “I will tell you the scariest thing out in the field is to get mortared,” says Ross. “We heard them drop not too far away.” The soldiers backed up into the tree line, out of sight and ran through the woods as fast as they could. “You’re waiting, waiting for the hit, and your imagination tells you it’s gonna land right on you,” says Ross.

One night, the base camp was mortared and the hooch next to Ross’ was hit. Shrapnel rained down on 20 soldiers as they slept and Ross ran to help. “That was the hardest thing I ever did in my life to carry these guys out when they were still mortaring around,” says Ross. Many were wounded and killed that night. Ross tried to carry out one buddy who had taken a direct hit. His whole chest was blown open. “Well, first of all you want to run away,” he says. “Courage isn’t not being scared; it’s being able to act when you’re scared out of your mind.”

Some of the worst battles were on Nui Ba Den, the Black Virgin Mountain. There was a base at the top and the mountain was filled with caves where the Viet Cong hid, so it was always a hot zone. One time, Ross and his point squad of four men had just completed a sweep of the mountain and were safely near the bottom when gunfire broke out above them. They needed to go back up and carry the wounded to safety. “(The Viet Cong) were picking us off,” says Ross. He and his squad brought everybody down, took cover behind rocks and decided to wait until dark. One soldier, new to Vietnam, came out between the rocks and got shot in the stomach. “We worked until the helicopter came. We were all trying to keep him alive … mouth to mouth, pumping on his chest,” Ross says. “He didn’t make it.”

Ross was made point squad leader for the company shortly before heading to Cambodia. He remembers being awakened during the night and told, “Saddle up, boom, boom, boom!” He was dropped into a hot landing zone and the fighting was intense. On the eighth day, Ross walked into an ambush, and when a grenade went off, a piece of shrapnel hit him in his abdomen. His femoral artery was damaged, luckily not cut, or he would have died. A shot of morphine was administered, and within 10 minutes he was strapped onto a stretcher and medevaced to the base hospital in Tay Ninh for surgery. Ross was moved to hospitals in Saigon and Japan before returning home to Great Lakes Naval Hospital. He wore a colostomy bag for six weeks and lost his right kidney.

He remained at Great Lakes until his discharge in November 1970 with the rank of Specialist 4. He returned to Chicago, opening Manor Press in River Grove, which he still owns and operates. He and his wife, Maureen, have a blended family of four children and six grandchildren. He served as president and was on the Board of Directors at Oak Leyden Developmental Services for 11 years. Concurrently he served on the Board of Trustees at his alma mater, Holy Cross, which became Guerin Prep.

Ross was hit by shrapnel three times and witnessed unspeakable horrors as a point man. He suffers from Post Traumatic Stress Disorder and regularly meets with his doctor at the Veteran’s Administration. His doctor applauds him for handling everything so well. “I’m just lucky I had that support network of a family,” says Ross. “It’s the most important thing.”

Displayed in a special place in his home is a framed display holding his medals. They include two Purple Hearts, two Bronze Star Medals and an Air Medal. “You don’t feel that you deserve them,” he says, “but you’re very proud of them. The only real heroes are the ones that died.”