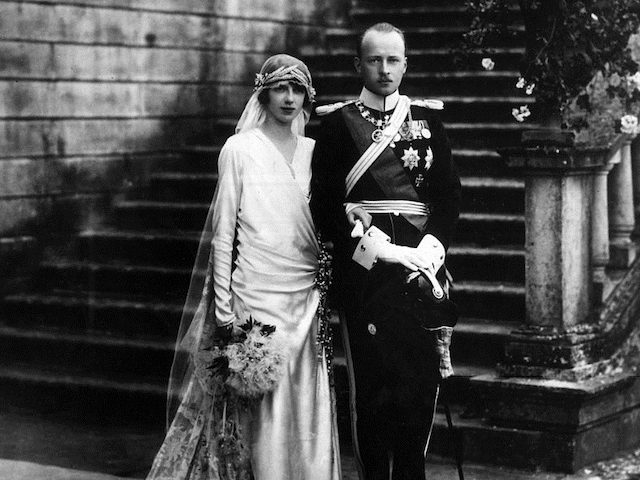 Known for her piety and charity, Princess Mafalda of Savoy spoke out against Hitler with predictably tragic results.

I have to admit I have always been fascinated by royalty. My father’s middle name was Umberto, in honor of Umberto I, the King of Italy who was assassinated in 1900. Many people know the story of the Russian czar and his family who were killed, so danger in troubled times is not unknown to royals. But then I ran across the amazing story of an Italian princess named Mafalda of Savoy. Mafalda is the Italianized version of Matilda, which appropriately, as you’ll soon see, means “strong in battle.”

Our storybook tale with a tragic twist begins with Mafalda’s birth in 1902. She was one of five children born to Vittorio Emmanuele, King of Italy, and his consort, Elena of Montenegro. Her younger brother became King Umberto II of Italy, and her sisters were married to counts, princes and even the czar of Bulgaria. Her royal family lived in a villa outside of Rome, and Mafalda received an education befitting an aristocrat, speaking five languages and playing numerous musical instruments. She visited World War I military hospitals with her mother to raise the morale of wounded soldiers and became known for her piety and charity.

In 1925, Mafalda met Prince Philipp von Hesse at a Roman garden party and was taken by his charm. He was an architect, a designer, and a wounded and decorated veteran of World War I. He was also the nephew of the last Kaiser of Germany, Wilhelm II, and great-grandson of Queen Victoria. The engagement of the two was a cause célèbre as the marriage would be the first between royals of former World War I enemies. The union was complicated by their religions, Catholic vs. Protestant, but love won out. The couple married at the family Castle of Racconigi in the province of Cuneo in the Piemonte region of northern Italy. While a “medieval ceremony” was being held at the castle, the couple slipped away to visit a dinner they hosted for villagers in the town. Holding the nuptials at the remote castle points to Mafalda’s simplicity and kind-heartedness and was quite a contrast to the more elaborate setting of her sister Yolanda’s wedding, at the Quirinal Palazzo on the highest hill in Rome. The newlyweds settled near Rome in the Villa Polissena, where they had four children: Moritz (1926), Heinrich (1927), Otto (1937) and Elisabeth (1940).

The 1930s were a politically complex time for all people, particularly royals, with fascist dictators first taking over Italy and then Germany. Philipp and his younger brother Christoph unwisely joined the Nazi party, hoping that Hitler might one day allow the German monarchy to return to power or position, as in Italy. Philipp dined with Nazi leader Hermann Goering, who promised to protect the prince’s family and wealth. Other nobles sided with fascist governments in opposition to the communists, who wanted them dead and their land confiscated. Philipp moved up the Nazi hierarchy and became a governor of Hesse-Nassau, as well as an art agent for Hitler in Italy.

Because he was the son-in-law of the King of Italy and could act as a useful channel of communications between Mussolini and Hitler, Philipp was appointed to Hitler’s personal staff in 1939. At the time, some Italian royals and military leaders, including Italo Balbo, were decidedly against Mussolini’s pact with Hitler. According to some authors, when Philipp realized the dark realities of Nazism, he used his position and money to provide passports for Jews to help them escape to Holland. Publicly, however, he continued with his duties and occasionally made private missions to Italy for Hitler. Philipp eventually tried to resign, but he was prevented from doing so and “kept” at the Fuhrer’s headquarters. The arrest of Mussolini by Mafalda’s father in July 1943 made life even more precarious for the couple and their children. Leaders in Germany began to question the loyalty of Philipp and Mafalda, as her brother, the crown prince, was known to be working for peace and thus connected them to the demise of Mussolini.

According to one website: “Mafalda, for her part, too frank and open-hearted for her own good, never hid her antipathy for Hitler.” The feeling was mutual. Hitler deeply mistrusted the princess, suspecting her of working against the war effort. He called her “the blackest carrion in the Italian Royal House.” His lackey and minister of propaganda, Joseph Goebbels, was even more direct and vulgar. He said Mafalda was “the biggest whore” of the Italian royals, reflecting Mafalda’s stature as an outspoken opponent of the Nazi regime.

Mafalda’s sister, Princess Giovanna, was married to Boris III, czar of Bulgaria. Boris was also resistant to Hitler’s demands for more support of Germany’s war and anti-Jewish efforts. In August of 1943, Czar Boris was summoned to the Fuhrer’s headquarters in Rastenburg, East Prussia. After a “heated meeting” with Hitler, Boris refused to have Bulgarian Jews deported to concentration camps or to even declare war on the Soviet Union. The czar returned home to Bulgaria where he died under the suspicion of having been poisoned during his visit to Hitler’s headquarters. Goebbels claimed that Mafalda was involved in the poisoning as she was visiting her sister when Boris died. Mafalda was still in Bulgaria when her father declared an armistice with the Allies on Sept. 8, 1943. This action resulted in her husband being formally arrested by the SS and sent to a concentration camp the next day.

Mafalda headed to Rome to be with her children, who found shelter at the Vatican after her father, the king, fled the German occupying forces in the wake of his alliance with the Allies. On Sept. 23, 1943, she was tricked into going to the German Embassy, ostensibly to speak with her captive husband. Upon arriving, she was arrested and taken to Berlin, where she was interrogated about her knowledge of the Italian alliance with the Allies. Fortunately, her children were able to escape, along with a governess, back to their grandmother in Germany.

Mafalda was far less fortunate. She became a prisoner under the name Frau Weber in the infamous Buchenwald concentration camp. Testimonies by fellow Italian inmates, who quickly recognized the princess, revealed that she shared her food with her countrymen because she had access to better provisions as a political prisoner. One inmate, Luigi Versasso, spoke of the encouragement the princess gave. “The only beams of light in Buchenwald were the eyes of Mafalda,” he said. After almost a year in the camp, Mafalda was horribly injured during an errant Allied air bombing. To the Italians who surrounded her stretcher as she was taken to the camp infirmary, she said, “As I die, remember me not as a princess but as your sister.” On the night of Aug. 26/27, 1944, the princess succumbed to her wounds and was buried, according to one source, in grave No. 262 as “an unknown woman.” From being born in a palazzo as a princess to her burial in an unmarked grave, the story of Mafalda is haunting and one that should not be forgotten.

Samuel Tinaglia is a lifelong Chicago-area resident with a passion for history and Italian roots that trace back to Monreale and Vicari in Sicily. He grew up on the Northwest Side, graduated from Lane Tech and earned a degree in European history from the University of Chicago. He works in financial services and lives in Park Ridge with his wife and three children.