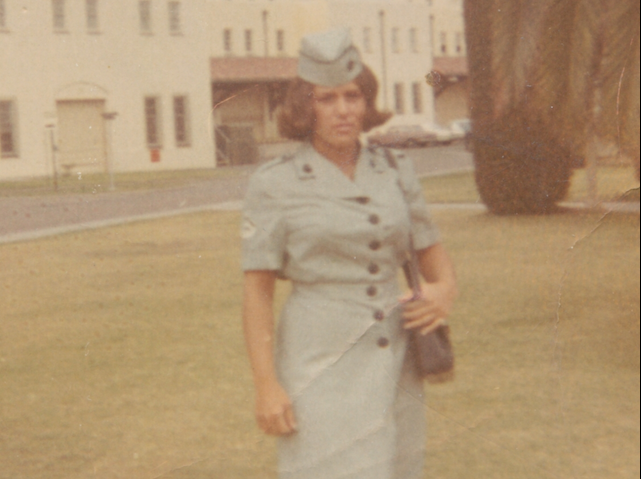 Choosing between the Peace Corps and the Marines during the Vietnam War, she made a decision that had a profound positive impact on the rest of her life.

The oldest of four children, Diana Frances Fecarotta was born in Chicago and grew up in the heavily Italian neighborhood known as “The Patch” near Grand and Ogden avenues. Her parents, Joseph Gerris and Francesca Mary (Lombardino) Fecarotta, were born in Chicago and both sets of grandparents emigrated from Sicily. The family lived in a six-flat owned by Fecarotta’s maternal grandparents. Her mother had three sisters who lived either in the building or across the street, and they raised their children together. “My maternal cousins and I all grew up like siblings,” she recalls. “I loved it: the warmth of extended, multi-generational family living near one another.”

She has fond memories of Sunday dinners and her grandma’s homemade pasta and meatballs. “Her meatballs, I can still taste them now, they were phenomenal,” Fecarotta says.

Another favorite was grandma’s cannoli, with Fecarotta helping out as the dough was pressed into just the right size using a tool made by her uncle. The dough was then wrapped around pieces of a broomstick and fried. “I still have pieces of the broomstick,” Fecarotta says. “That’s a special memory to me.”

The Italian enclave welcomed many immigrants from the old country. “People would come off the boat and come into our neighborhood,” Fecarotta says. “I was so eager to talk with them and teach them English, which kind of carried over with me.”

Fecarotta attended James Otis Elementary School and then chose St. Stanislaus Kostka because it was the area’s only college prep high school. After graduation, she was employed as a teletype/long distance operator while contemplating joining either the Peace Corps or the Marines. Fecarotta’s great-uncle, two uncles and father all served in World War II, and she followed in their footsteps, enlisting in the Marines in 1966. “I always thought so highly of the Marines,” she recalls. “My Mom was very concerned as she pictured me injured in battle.”

She completed boot camp at Parris Island, S.C., and basic supply schooling at Moffit Point, N.C. While at boot camp, they were told they were having a garden party. “I got very excited,” says Fecarotta. “I was really looking forward to it.” The women went outside, lined up on the field in a straight line across and were told to look down at the ground and walk until they were told to stop. They were instructed to pick up any trash on the field, anything that was not supposed to be there. “I cried,” she chuckles. 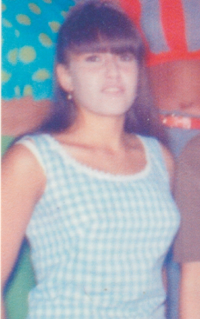 Fecarotta at her going away party before heading off for boot camp.

Fecarotta was stationed in San Diego at the Marine Corps Recruit Depot. She worked regular hours and rotated between three assignments — dry storage, cold storage and office work — to learn all the functions of food storage and supply. Meanwhile, her mother and grandmother would send her care packages filled with homemade goodies.

A typical day for Fecarotta began at 5:30 a.m. First came chores, whatever your assignment might be to keep the barracks clean. Next, you dressed in full uniform, ate breakfast, then reported for work for an 8-to-5 shift. “They were most strict,” she says, “but it was wonderful discipline training, which became my forte in teaching.”

Fecarotta recalls, “When we had inspections, everything had to be aligned, your buttons, everything.” The women were all required to wear red lipstick to match the red cord on their hats. Once while in the inspection line, Fecarotta briefly brushed under her nose and got a dash of lipstick on her white glove. “I got in trouble and got written up. It might sound stringent, but again, it was outstanding for discipline,” she explains. “Everybody was always respectful to us all the time.”

During her last six months in the Marines, Fecarotta was in charge of a squad bay of new recruits being trained in electronics. The women had intense daily schooling, and a major responsibility of Fecarotta’s was to ensure that they were checked into their barracks early in the evening and showed up when and where they needed to be during the day.

Fecarotta was discharged in 1968 as a Cpl. E4. She earned a bachelor’s degree from Loyola University on the G.I. Bill and went on to earn a master’s degree in education from Northeastern Illinois University. Fecarotta joined the Air Force Reserves in 1972 and worked in base operations at O’Hare AF Installation, checking the manifest for passengers upon boarding. She was discharged in 1975 as an SSgt E5. “I loved the military so much,” she says. “As a teacher, my classrooms were all red, white and blue, and the kids all knew the military songs. I was fortunate to have administration that supported me in having a lot to do with the military.”

Fecarotta taught in the Chicago Public Schools for 39 years. She also worked evenings and weekends for Chicago City Colleges for 27 years teaching GED and English as a second language, a throwback to her childhood when she helped Italian immigrants learn English.

Reflecting on women in the military, Fecarotta says, “During the Vietnam era, certain jobs were not open to women.” The women were told, “You are a lady first, then a Marine; you are here to free a man to fight.” As in World War II and the Korean Conflict, women weren’t allowed in combat and served near the battlefield only as nurses, but times were changing. A girlfriend became one of the first Woman Marine cooks in the Vietnam era. Another worked in communications. “I believe all military occupation specialties are now open to women, even the band,” she notes, adding, “I personally believe women best not be incorporated into ground force combat, where I feel men AND women there would each be at much greater risks, and lesser an equation of military might.”

Fecarotta lives in Chicago and serves as caregiver for her brother, Martin R. Fecarotta who is a disabled vet also from the Vietnam era. Her ongoing dedication to the military is reflected in her involvement with several organizations, including the American Legion, Honor Society of Women Legionnaires, Veterans for Unification, and Khe Sanh Vets, where she serves as editor of their magazine.

Summing up her time in the military, Fecarotta says, “It was an outstanding experience, a lot of discipline and order which I carried throughout my latter life. As we have formative years in our youth, I feel they were formative adult years.”