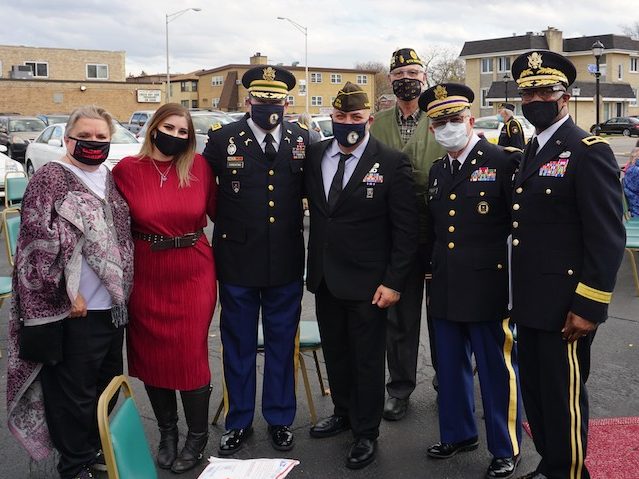 November 8, 2020, was a very special day in River Grove, Illinois. With the sun shining down on an unseasonably warm afternoon, the American Legion Post 335 and the Veterans of Foreign Wars Post 5979 dedicated the Chicagoland Combined Veterans Museum, Library and Honor Roll. What an amazing way to honor our Veterans.

In 2019, I became the Commander of American Legion Post 335, and the Adjutant for Veterans of Foreign Wars Post 5979, and that’s when I put my plan into motion for our museum. My first “recruit” was Richard Wojewnik, a Marine and Gulf War Veteran. We charged on, gathering staunch supporters and fellow post members Shawn Schroeder, Barney Dufner, Salvatore Palazollo, Dave Ruiz, Gary Diamond, Ralph Remakle and Bert Patania. As the ideas developed, the Honor Wall and Library came into focus.

Together, we pitched the idea to fellow members of both posts as well as Mayor David Guerin and Public Works Director Brent Leder, and they enthusiastically came on board.

With Wojo’s knack for Facebook, my skill for finding free stuff on craigslist, and the support of the posts, work started in January of this year. One thing led to another, and veterans, private sponsors, politicians and business owners all began to donate.

The museum is a beautiful collection of Veterans memorabilia and exploits and serves to preserve their stories for generations of future Americans. Museum members have been approached by family members who didn’t know what to do with these items. They took an oath to always preserve the documents, uniforms, pictures and memories of these brave Veterans.

Our mission is to educate, increase awareness and create a greater appreciation for the dedication and sacrifice of those citizens in the defense of our Nation and liberty. To do this, our collection of military memorabilia highlights the exploits of all Veterans of all branches, eras and wars of the United States military.

As you look at the photos on the piano and curio cabinet, and all those on the Honor Roll, know that the larger photos are service members who paid the ultimate price. That’s what we’re all about: supporting our fellow Veterans, preserve the memory of those who have gone before us, and inspire future generations.

More than 120 attendees turned out for our grand opening. Music was provided by the 144th Army Band of the Illinois Army National Guard. The National Anthem was sung by Matteo Ribaudo (SP5, US Army).

The Pledge of Allegiance was led by Mr. Bernard Dufner (LCpl, US Marine Corps). The Invocation and Benediction were said by Cdr. Waldemar A. Kilian (US Navy, Ret). Speeches were made by Mayor David Guerin, BG Rodney C. Boyd and Col. Renato Bacci (U.S. Army, Ret). The Civil War encampment was provided by Ray Stripling (US Marine Corps). Our heartfelt thanks to all of the above and the many others who had a part in establishing, dedicating and supporting our Veterans Museum.

The museum is located at 8664 W. Grand Avenue in River Grove. Hours are currently by appointment only. To make a reservation, email me at  lorenzoafiorentino@yahoo.com. 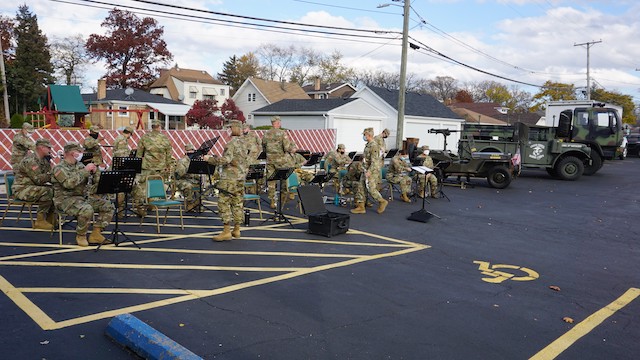 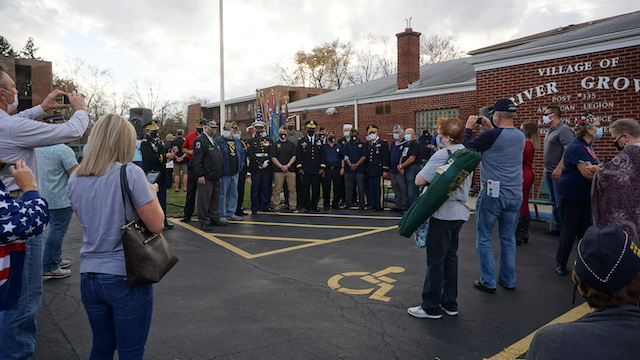 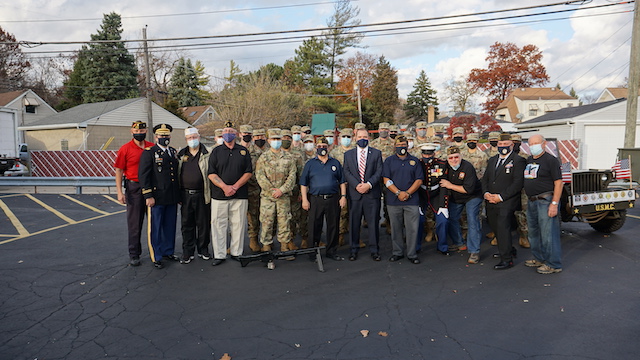 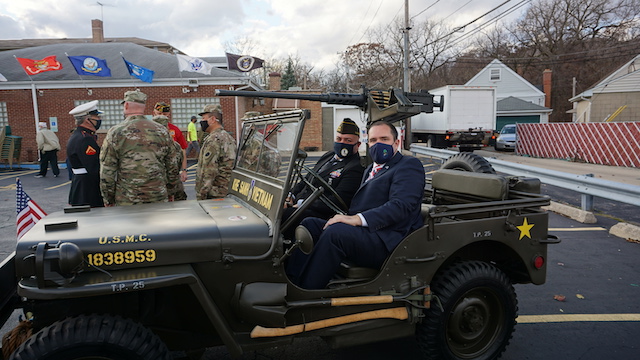 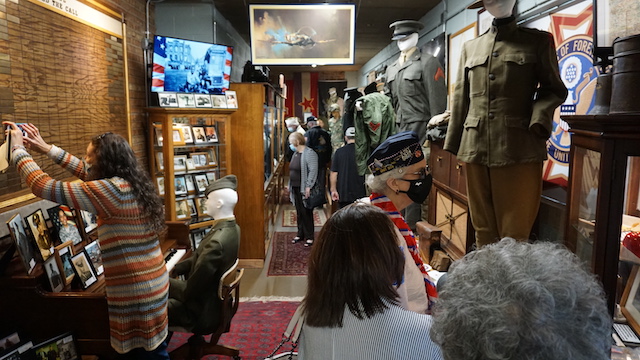